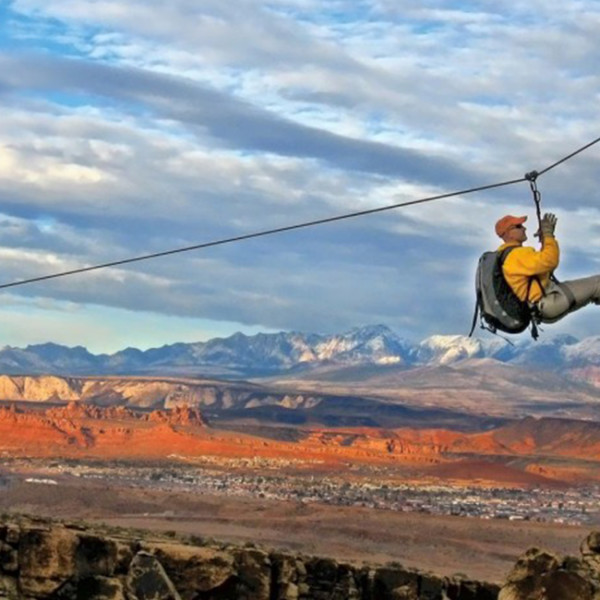 A zip-line (or zip line, zip wire, aerial runway, aerial ropeslide, death slide, flying fox, or foefie slide (in South Africa) consists of a pulley suspended on a cable, usually made of stainless steel, mounted on a slope. It is designed to enable a user propelled by gravity to travel from the top to the bottom of the inclined cable by holding on to, or attaching to, the freely moving pulley. Zip-lines come in many forms, most often used as a means of entertainment. They may be short and low, intended for child’s play and found on some playgrounds. Longer and higher rides are often used as a means of accessing remote areas, such as a rainforest canopy. Zip line tours are becoming popular vacation activities, found at outdoor adventure camps or upscale resorts, where they may be an element on a larger challenge or ropes course.The jungles of Costa Rica, Florida, Puerto Vallarta,and Nicaragua are popular destinations for zip line enthusiasts. 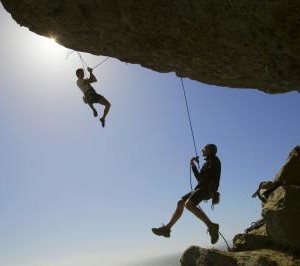 Rappelling is a specialized climbing technique that is used to descend from mountains and cliffs by making a controlled slide down a fixed rope. The climbing rope is anchored to a cliff with artificial anchors like cams, pitons, and bolts or natural anchors like trees and boulders. Usually the rope is either doubled with the midpoint at the anchors or tied to another climbing rope. The climber then uses a rappel device which utilizes the friction of the rope through the device to control his descent as he literally slides down the fixed rope to a ledge or the cliff-base.

climbing is an outdoor recreational activity. The participants (known as campers) leave urban areas, their home region, or civilization and enjoy nature while spending one or several nights outdoors, usually at a campsite. Camping may involve the use of a tent, caravan, motorhome, a primitive structure, or no shelter at all. Camping as a recreational activity became popular in the early 20th century. Campers frequent national or state parks, other publicly owned natural areas, and privately owned campgrounds. Camping is a key part of many youth organizations around the world, such as Scouting. It is used to teach self-reliance and teamwork. 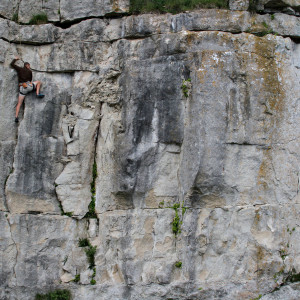 Rock climbing is an activity in which participants climb up, down or across natural rock formations or artificial rock walls. The goal is to reach the summit of a formation or the endpoint of a usually pre-defined route without falling. Due to the length and extended endurance required and because accidents are more likely to happen on descent than ascent, Rock Climbers do not usually climb back down the route. It is very rare for a climber to downclimb, especially on the larger multiple pitches (class III- IV and /or multi-day grbades IV-VI climbs). Professional Rock climbing competitions have the objectives of either completing the route in the quickest possible time or attaining the farthest point on an increasingly difficult route. Scrambling, another activity involving the scaling of hills and similar formations, is similar to rock climbing. However, rock climbing is generally differentiated by its sustained use of hands to support the climber’s weight as well as to provide balance.